THE REASONS FOR MALAWI TO REMEMBER LATE HONOURABLE SIDIK MIA

Sidik Mia was born in the year of 1968 in Chikwawa District a place found far Southern part of Malawi which is popularly known as “Lower States” as it was preferred by the late Founding president Dr Hastings Kamuzu Banda who ruled the country for 32 years continuously. 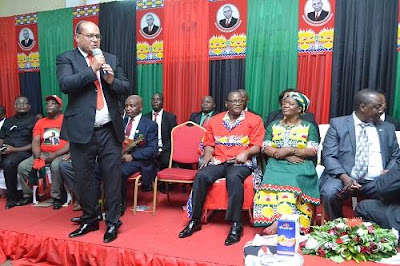 In 2004, he contested and won elections then he defeated Malawi Congress Party (MCP) member as he used United Democratic Front (UDF) ticket whose leader was Dr Nelson Bakili Muluzi.

In the Mia family they believe much in business and some of their businesses are ranging from Cattle Ranching, Transportation, Real Estates, Factory of cooking oil production and Cold Storages.

Right away from the beginning he was so kind person who was fond of helping the needy, less previllaged, the poor, and even the disorderly including the elderly community.

Mohamed had been distributing clothes, everyday essentials like salt, soap and even cash. He did these charities regardless of the place he is in. In his life he was so passionate.

During the times of calamities like Natural disasters or Flush floods as these are very common in the Lower States, he used to distribute flour (UFA in local language), house utensils like pots, plates, buckets even blankets in the whole area without counting the person’s background whether he was of his party or not.

Despite being generous this humble soul, also provided job opportunities to about 10, 000 (ten thousand jobs to the people working in his companies). Remember he was of colored origin but he behaves and portrayed good manners compared to what it’s people are known of doing.

Mia died in 2021 and left wife and children. He was 58 Billions (85 Millions USD) worth before he died. He was also the right Vice President of the rulling party Malawi Congress Party. Left people in the Lower States helpless and hopeless.

This was a Father, a big loss to the nation.