File photo of 2019 Protesters
Hearing a case of sexual assult Justice Kenyatta Nyirenda of Lilongwe high court has finally red out his judgement on 13 August, 2020 after almost 2years without Justice.
Justice Kenyatta said that after all findings the victimisation indeed took place at Msundwe Area where Malawi Police Officers are the prime suspects.
In his statement said that the victims should be compasated by the government within 21 days from the day of Judgement. The Malawi Police has been asked to provide it’s report regarding the judgement after 30 days. The Court also ordered that the Police Officers involved should be arrested in order to be tried with the charges of rape and sexual harassments.
These inhuman Activities happened at Msundwe Area in Lilongwe District on one night after the protesters had violently conducted demostrations against the election results of May, 2019 where Professor Peter Mutharika was announced a winner by Former Malawi Electoral Commission Chairperson Justice Jane Ansah.
People were in a disagreement that the elections were not the true refection of their votes and also they were demanding that Justice Ansah should resign from Chairing the Electoral body. 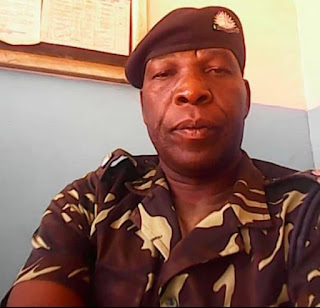 File photo of Late Imedi
The demostrations left many civilians and police officers injured and also left Supretendent Imedi dead.
After the death of the Police Officer the Police decided to conduct their investigations where it is said the rape and sexual assults took place.
Currently the Police have not yet commented on the judgement.
1 comment
0
FacebookTwitterPinterestEmail

Let the law do it's part.